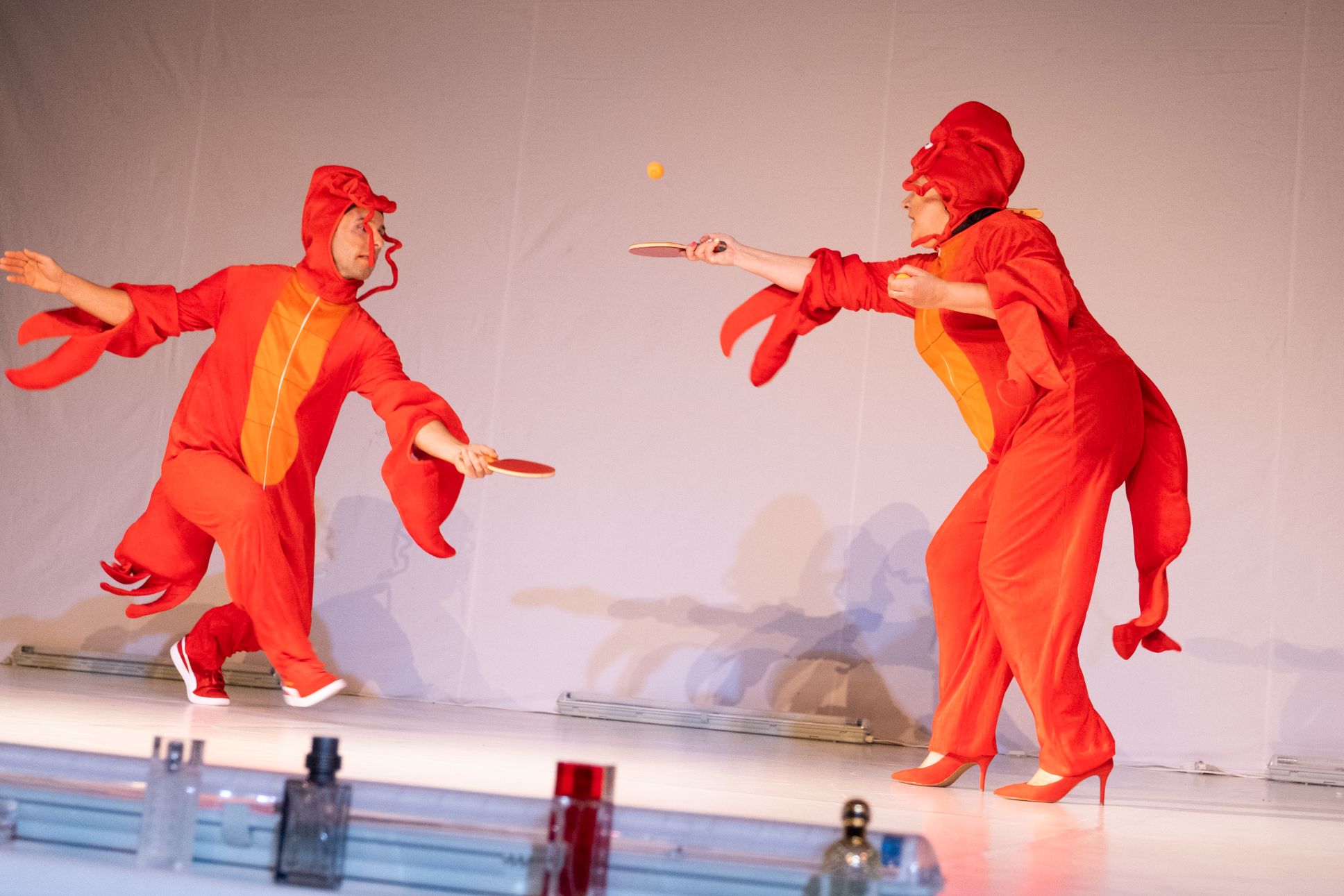 A BREATH OF FRESH AIR

Warsaw has been hosting several major dance festivals for years. Each of them follows a formula chosen by the organisers and to which the audience has already become accustomed. This does not mean, however, that the capital is not open to novelties – they have become the positive surprise of the year ending 2021.

A BREATH OF FRESH AIR
In mid-December a new dance festival appeared in Warsaw. Such situations do not happen often, so the initiative of the Foundation for Theatre Development ‘NOWA FALA’, curated by Agata Życzkowska, became all the more interesting. The six-day review was called the International Movement Festival U:NEW, which sounds somewhat mysterious, but also intriguing. The organisers’ premise also added to the curiosity – the festival aimed to popularise contemporary dance in its new forms, as well as to strengthen international cooperation. The second component
can be considered particularly important, as one of the effects of the COVID-19 pandemic is the limitation of participation in foreign events, contact with institutions and artists. One wonders, however, what is hidden under the title U:NEW – is it a drawing of attention to the assumptions which have not been realised so far among Warsaw dance initiatives? The organisers explained in the programme text that the festival aimed to draw attention to issues related to the future of our planet, climate change, the functioning of the urban fabric, and human identity. The key slogans were: Urban New Eco Wave, Use New Edu Wave, Unite New Euro Wave, Under New Earth Wave, Unique New Envisage Wave, UDance New Essence Wave – all abbreviated to U:NEW (an attractive promotional concept to be congratulated). The festival programme was also impressive. During the six days the audience had the opportunity to see performances from Spain – Basque Country, France, Norway, Italy, Germany and Poland. “Apollo et Dafne” performed by Zappulla DMN Company from Italy is a proposal that refers to the myth of Apollo and Daphne and explores the contemporary specificity of the relationship between a man and a woman. In turn, “Das Lackballett – the Lacquer Ballet (Warsaw version)” by the German Theater der Klänge refers to the theme of utopia created by Bauhaus artists, and above all to Oskar Schlemmer, the creator of the iconic “Triadic Ballet” from 1923. In her “Choreographic Study About the End of Things”, Maria Ibarretxe reflected on the last phase of the stages of our lives. The artist also explored various aspects of sadness, connected with the awareness of the end. The festival did not lack difficult themes either, such as “When Boys Cry” performed by Thomas Voll. It is a story about the circumstances in which boys become victims of rape. The artist’s honest and brutal statement shows how a young boy copes with the oppression of the perpetrator. As far as Polish proposals are concerned, the most noteworthy was the well-known to Warsaw audiences ‘Axiom of Choice’ by HOTELOKO movement makers, which draws attention to the climate crisis and human decisions that affect the entire natural environment. There were also promising presentations of short forms by young dancers: Klara Szela (solo “INFLATING” and the duet “well come” created with Milena Suska), Karina Szutko (“Cutthroat”), Malwina Salwińska and Zuzanna Strugacz (duet “HUMAN DILEMMAS”). Issues related to the presence of man on Earth and the impact of his actions on the climate were raised in short films, the screenings of which accompanied the film presentations. “WoDA – Waterfall of Dance/Democratic/Dialogue Actions” by Agata Życzkowska draws attention to the right of access to drinking water, which should belong to everyone. Other proposals – “Unframed”, starring Wojciech Mochniej and Iris Heitzinger, “Escape Room” by the trio Bujakowska / Bajjou / Miękina and “bobleplastbarna” by Silje Solheim Johnsen – showed a variety of human relationships and the accompanying problems. It should be noted that each of the programme proposals presented a multitude of dance techniques combined with other elements. It is important to note that U:NEW is a festival that focuses not only on presenting multidimensional artists, but also on presenting various aspects of themes close to contemporary audiences. The issues of interpersonal relations or human activity leading to climate change and environmental degradation will certainly interest not only the target group of dance events today. The organisers should also be commended for planning the festival activities in several venues in Warsaw, thanks to which it was possible to reach audiences who are only just getting to know dance and encourage them to watch this type of work on a regular basis.