Skip to content
The Theater Developement Foundation ‘New Wave’ [Fundacja Rozwoju Teatru ‘NOWA FALA’] is a non-profit organization founded in 2009 in Warsaw by Agata Życzkowska. The Foundation aims is to promote and integrate the artists associated with the contemporary dance and experimental theater. We carry out dance productions and dance events. We are interested in the exchange of experiences between Polish dance artists and such artists from Europe and all over the world. We run also workshops and projects for young people. We collaborates with several cultural institutions in Warsaw. The dance collective HOTELOKO movement makers operates within foundation (since 2017). HOTELOKO works mainly in the area of ​​new choreography and dance experiment. Agata Życzkowska cooperates with Mirek Woźniak, Karina Szutko, Bastian Mamajek-Życzkowski. The artists creates artistic, educational and social projects touching upon topics such as community, freedom, tolerance, ecology, human rights, education, and the city. They also works with foreign partners in cooperation with organizations and institutions from all over the world. The collective has produced several performances which were presented at festivals in Poland and abroad. Collective has developed its own language, a somewhat freaky dance style focusing on diversity resulting from the artists’ different roots. Their performances are invited to festivals in Poland and abroad (Mandala Performance Festival/Wrocław-Poland, Festival Kalejdoskop/Białystok-Poland, Festival Localize/Potsdam-Germany, Festival Quartiers Danses/Montreal-Canada, Festival Dances-Cités/Carcassonne-France, Festival Internazionale Dissidanza/Palermo-Italy, Lekuz Leku Festival/Bilbao-Spain/Basque Country). Agata Życzkowska is the creator of the International Movement Festival U:NEW in Warsaw.

HOTELOKO movement makers collective emerged in 2016 from the Theater HOTELOKO founded in 2011 by Agata Życzkowska, the director, choreographer, dancer, actress and producer. In 2016-2020, she co-founded a collective with choreographer and performer Magdalena Przybysz. Since 2020 she leads HOTELOKO movement makers together with the dancer and choreographer Mirek Woźniak. They also work with foreign partners in cooperation with organizations and institutions from France, Germany, Norway, Spain, Italy, Croatia, Austria, Argentina, Chile, Switzerland and Canada.

The collective has produced the following performances: “frau / mujer / femme” (2016), „My friends are dancing” (2016), “Absolutely Fabulous Dancers” (2017, re-work 2019), “Darklena” (2018), “Insta Show” (2018), “frau blush” (2018), “Axiom of Choice” (2019) and “Extinction” (2021). They were presented at festivals in Poland and abroad, incl. Festival Danes-Cité Carcassonne in France or Mandala Performance Festival in Wrocław. The collective received the jury award “Coup de Coeur” for the originality of the performance “Absolutely Fabulous Dancers” at the 17th Quartiers Danses Festival in Montreal/Canada (2019) and the First Prize – Large Consequence at the 4th Sopockie Konsekwencje Teatralne Festival in Sopot/Poland for the performance “Axiom of Choice” (2020). 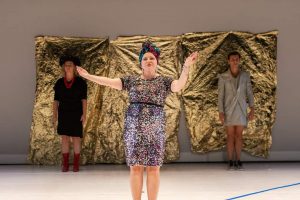 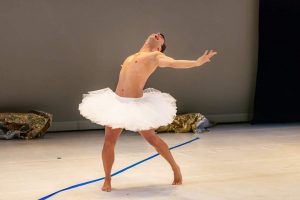 Because the collective by definition does not have its permanent seat and is open to travel, constant movement (HOTEL), and also focuses on madness (Spanish loco) and draws attention to the experience and honesty (Polish OKO-EYE) recorded in the eye.

Because the main storytelling tool is movement, although the collective boldly weaves words, images and music into their performances as well. The production of movement and the elaborate choreographic structure of the dramaturgy, however, are always leading.

HOTELOKO movement makers has developed its own language, a somewhat freaky dance style focusing on diversity resulting from the artists’ different roots.

Agata Życzkowska works mainly on identity threads using authentic movement  and everyday movement, interactive methods, teamwork, emotions and reflection, and multimedia. Her world is dominated by sequins that appear in every performance. The shining is a deliberate image, and it is defined by the sentence: “I live in a sequin ball”.

Mirek Woźniak defines himself as an artist operating on the border of various fields of art. He creates stage creations at the meeting point of dance, singing and acting. It is based on the flying low, animal movement, contact improvisation techniques, but also based on his original method of permanent flow, which he calls “liquid spirit”.

HOTELOKO movement makers produces performances that touch reality. Dramaturgy is inspired by today’s world in Poland, Europe and the world. A characteristic feature of the collective’s work is the unpredictability and the involvement of viewers in the performances. In many scenes, it is the audience who performatively co-creates the world together with the artists. The main idea is to blur the line between viewers and performers, reverse roles and play with expectations. The most important criterion is honesty. The creators work mainly in Warsaw, but also cooperate with foreign partners. The performances are presented in Polish, English, French and Spanish. 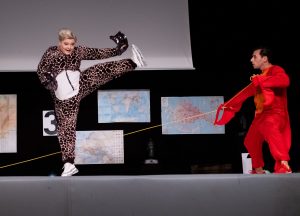 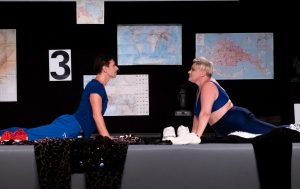 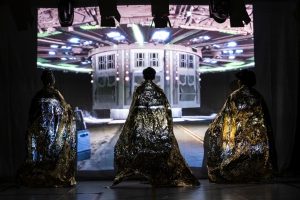 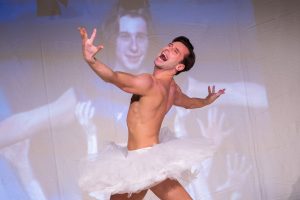