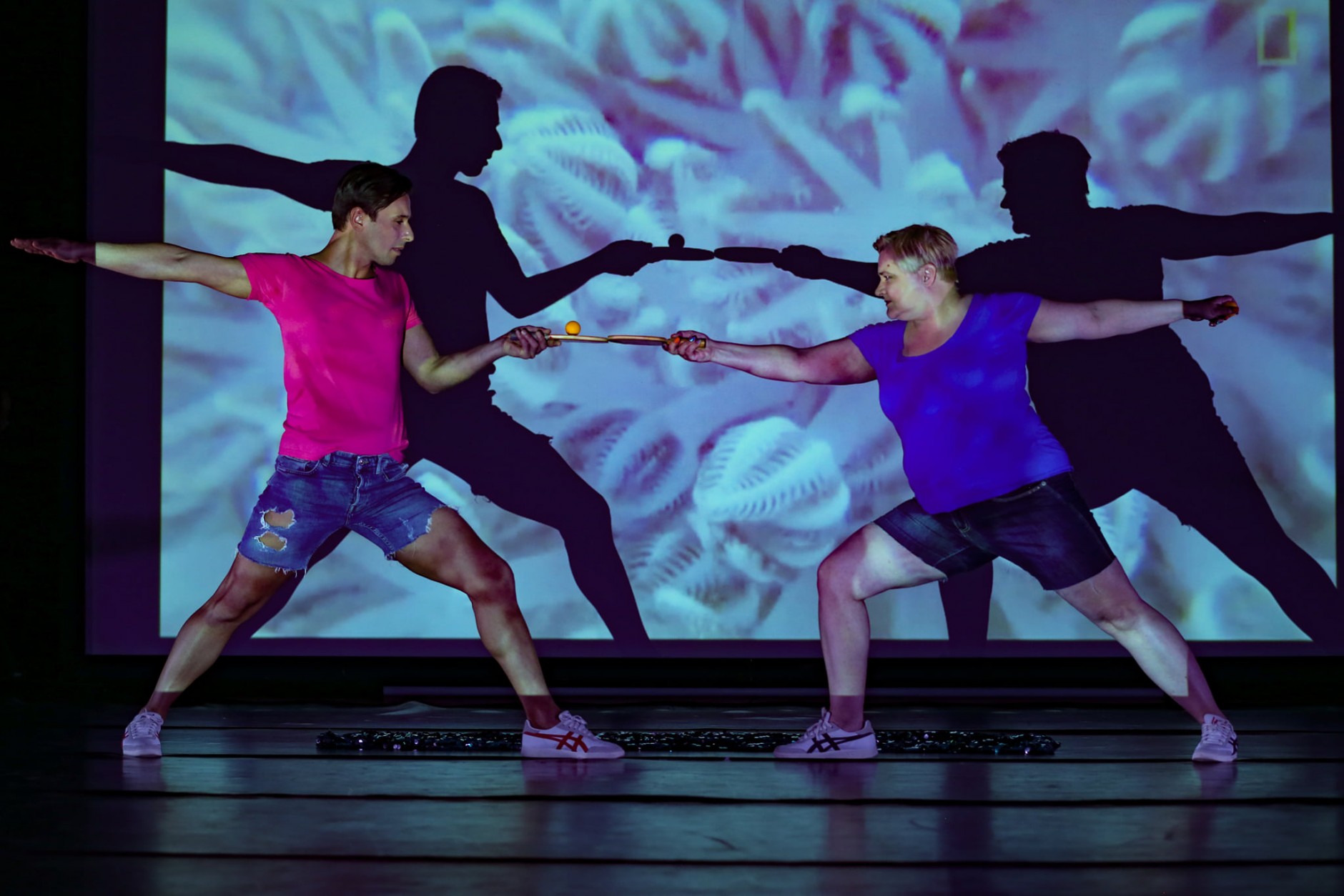 Project financed by the programme Erasmus+

The theory of AXIOM OF CHOICE is transformed through the prism of artists’ identity in terms of social and choreography. The selectors they choose are common threads, such as generation, attitude to ecology, numbers, pheromones, blood type, being a different or the smell of childhood mandarins. The axiom of choice in a climate crisis time and apocalyptic time is an optimistic theory. However, this optimism can only be heard at the moment of the meeting.

People may be closer to each other than they might think. Common sets and disjointed sets create an axiom of choice. Joint discoveries based on the analysis of sets and numbers build closeness, and this understood as an organic need leads to intimacy. Deep insight into the personal stories of each artist allows them to dive into each other’s perspective. This results in a multitude of common sets – selectors that often expose their innermost desires and fears.

The choreography arises from the clash of elements of authentic movement with a retrospective of the performers’ stage incarnations and memories. Action awakens as a result of associations with smells, which are treated as a specific time capsule. The interpenetration of syncretic means of expression, characteristic of the HOTELOKO movement makers, creates a mosaic structure of the performance performed by Mirek Woźniak and Agata Życzkowska.

HOTELOKO movement makers collective has developed its own language, a somewhat freaky dance style focusing on diversity resulting from the artists’ different roots.

Agata Życzkowska works mainly on identity threads using authentic movement  and everyday movement, interactive methods, teamwork, emotions and reflection, and multimedia. Her world is dominated by sequins that appear in every performance. The shining is a deliberate image, and it is defined by the sentence: “I live in a sequin ball”.

Mirek Woźniak defines himself as an artist operating on the border of various fields of art. He creates stage creations at the meeting point of dance, singing and acting. It is based on the flying low, animal movement, contact improvisation techniques, but also based on his original method of permanent flow, which he calls “liquid spirit”.

HOTELOKO movement makers produces performances that touch reality. Dramaturgy is inspired by today’s world in Poland, Europe and the world. A characteristic feature of the collective’s work is the unpredictability and the involvement of viewers in the performances. In many scenes, it is the audience who performatively co-creates the world together with the artists. The main idea is to blur the line between viewers and performers, reverse roles and play with expectations. The most important criterion is honesty. The creators work mainly in Warsaw, but also cooperate with foreign partners. The performances are presented in Polish and English.